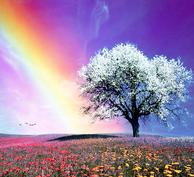 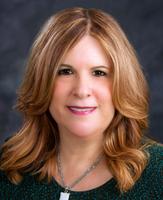 Would you like to experience a Past Life Regression?

Not all past life experiences are filled with drama. As a matter of fact, quite a number of them are centered around joyous, happy and fulfilling lives that leave my clients with intense feelings of love, family unity, acceptance and inner contentment.

This is one such experience.

James, a man in his early 70s, came to see me out of curiosity. He didn't have anything specific that he wanted to explore so it was decided that he was going to be open and accepting to whatever past life experience came his way.

Upon entering his past life, James found himself as a young, light brown skinned boy who was walking barefoot through a path in the jungle. It was summertime and he was carrying a branch to protect himself against animals. Soon he was joined by other boys his age (8 or 9 years old) and was having a great time laughing and playing.

When asked what year or century it was, he could only relay that he was part of an ancient tribe that lived thousands

He went on to explain that his village was near water. He lived with his father, mother, 2 brothers and 1 sister in a hut made of sticks, leaves and grass. It was summertime and very hot outside. He spent a lot of his time learning from his father how to hunt and fish. He felt great love for his father and enjoyed being in his company and learning from him.

As we progressed to the next significant event in that lifetime, he said that he was about 14 or 15 years old, hunting and fishing with his father. They were filling up a basket full of fish. His father was now teaching him how to make a boat out of reeds and vines. He really enjoyed this. They planned to take the boat downstream to find new places to hunt. His older brother still lives in the village and now has a baby.

We moved forward in time. James said that he is now 18 years old and about to get married. His wife to be is a girl that he grew up with. He is very excited to marry her and is building a hut for them to live in. They will live in the village and be close to his parents. Like the other huts in the village, he's making it out of branches, leaves and grass. I could not understand what he called his wife to be but he described her as having light brown skin and long dark hair. He is very much in love with her and is very happy.

Moving to the next significant event, he now has a daughter who is 9 and a son who is 8. He's teaching his son how to hunt and fish like his father taught him. His wife is teaching their daughter how to be presentable. He is 27 or 28 years old. He and his wife like to dance. Actually, the whole tribe likes to dance. They eat fish, meat and root vegetables that they pick from the jungle. There are other villages nearby that they like to visit.

Moving forward again, he breaks out in a huge smile - I can visually see happiness washing over him. He tells me that he has grandchildren from his daughter and son. His daughter lives in another village with her husband but they come to visit often. Both of his sons (he had another son) live in his village. It's warm and wet outside, and he's watching his grandchildren run around inside his hut. He loves being with them (he's grinning from ear to ear while relating this to me). He and his wife love to play with the little ones. They teach them how to dance and play "pretend" hunting.

The Day of Transition (death):

Where are you?
"I am inside in the middle of my hut. The sun is going down. My wife and older son are with me. I don't know what is wrong with me. We have a healer in our village but he can't help me."

What are your thoughts at this time?
"It is good to have my family with me."

Describe where you are.
"I can see my hut but I'm not in my hut.

Where are you when you see your hut?
"I must be in a tree. I'm looking down at my hut."
"I'm not in the tree but high above, like in a tree."

What do you see?
"I see my family. My son, my wife and my son's wife and his children."

What are they doing?
"They are there with me. Taking care of me."

What do you feel?
"I feel good. I no longer have any pain."

How long will you stay looking down at your hut and your family?
"I don't know. I hear voices!"

Where are the voices coming from?
"In back of me."

Do you recognize the voices?
"They are my ancestors. I cannot see them."

I paused for a moment....Where are the voices now?
"I must go to them."

What are you doing now?
"I'm walking down a path. It is very smooth and it's taking me into the brightness."

Where are you walking to?
"Towards them. The voices are becoming louder, clearer now."

Do you know where you're going?
"To my tribe. To the elder ones."

I ended the PLR here. As he came up and out of hypnosis, James brought back with him a wide array of emotions including the overwhelming love he felt for his family that lived thousands of years ago. As these feelings merged with his deep love of family in his lifetime today, it left him completely overjoyed, almost to the point of tears. In addition, although James was open to experiencing what happened after transition (we discussed this beforehand), he really didn't expect to experience anything. Going through this has had a profound effect on how he feels about death and dying. As he puts it, "I cannot describe how peaceful I felt. Death no longer frightens me because I now know that there is a continuation. This is not the end, there will be many other times down the road of life."